A very dark & short story
design study – motion graphic/2D/3D
This is a short, dark story told in one scene. Combined 2D/3D/MotionGraphic animation, fully illustrated, expressively lit, storm-moving and rain-swept - all designed in the style of "Film Noir".My Inspiration: One of my mood visuals created years ago for an illustration series of a novel by Ross Macdonald. The project was unfortunately not realized, but the little scene still captivates me. It contains the whole mood and gloomy essence of the story - pure "film noir". So I created the scene and of course the title animation in this style: hard and contrasty drawn, rough and expressive animated.
I had exactly 2 weeks for the production. Learned a lot, made with pleasure - and I like the result very much! 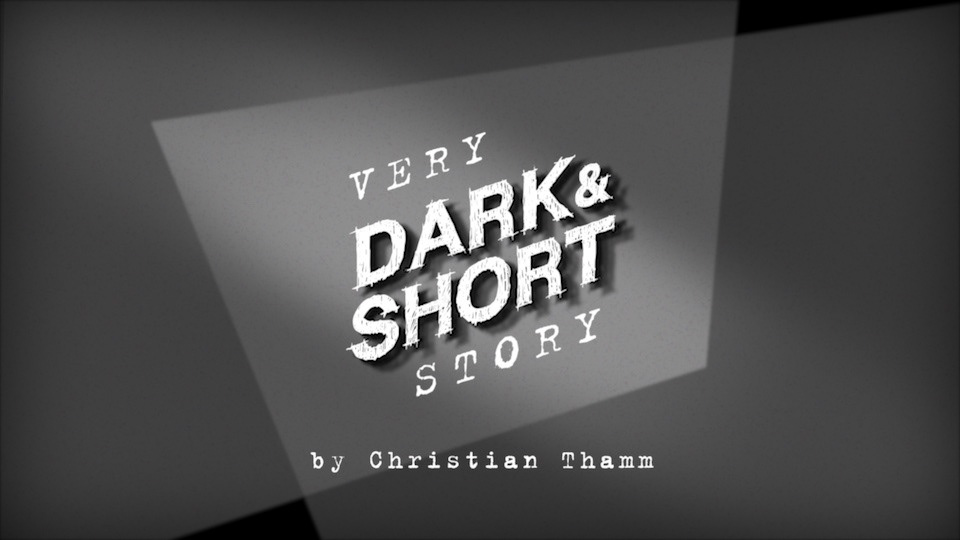 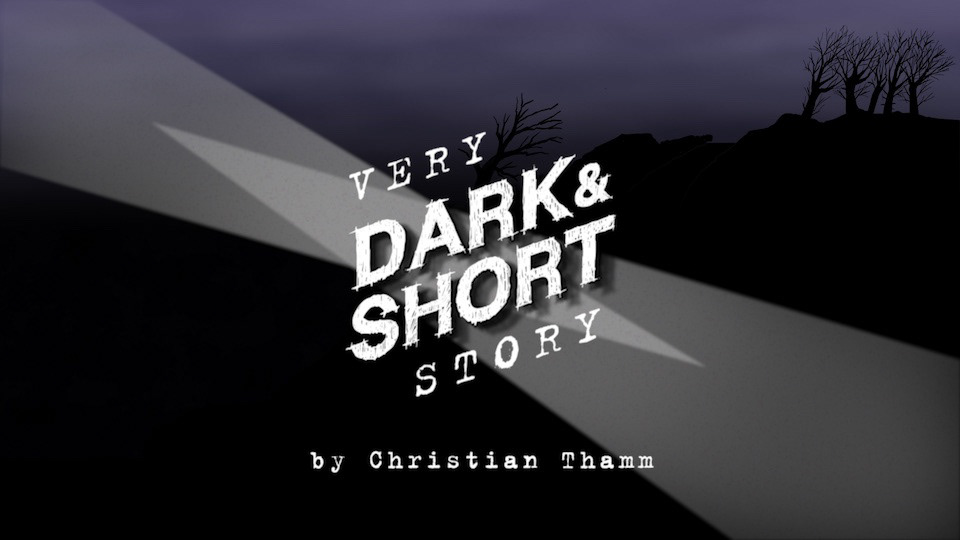 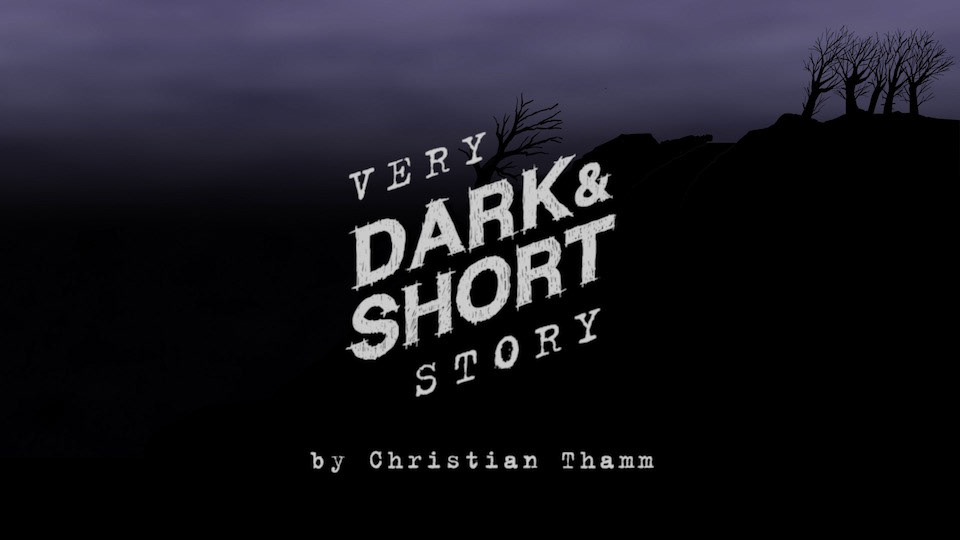 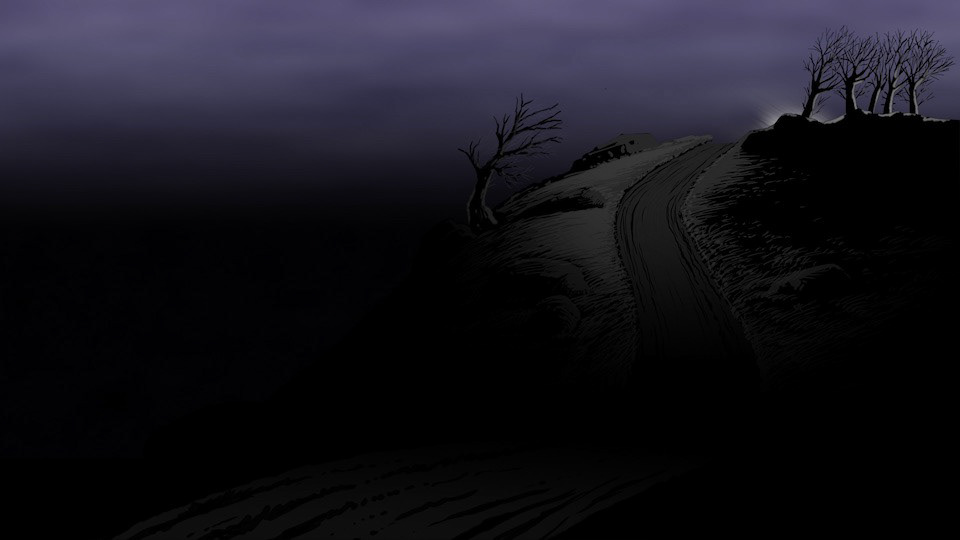 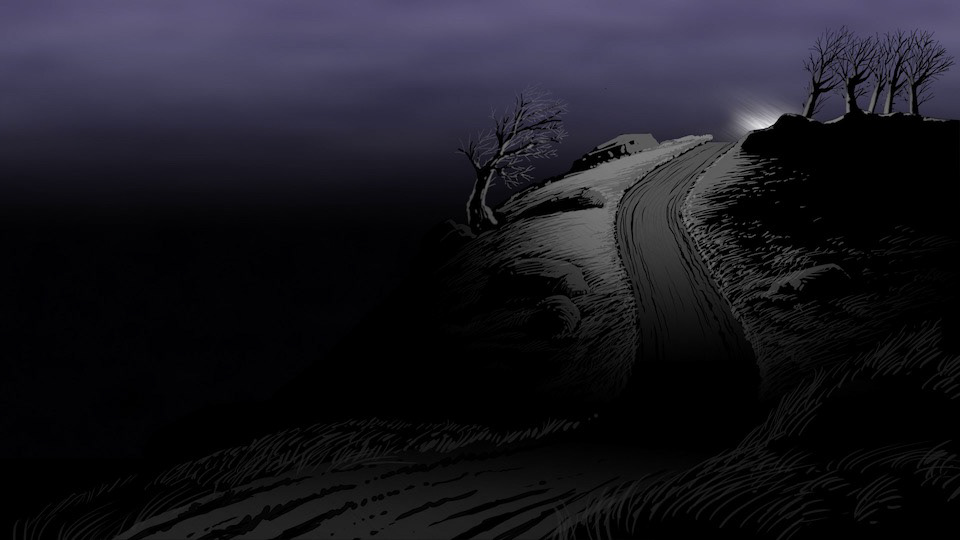 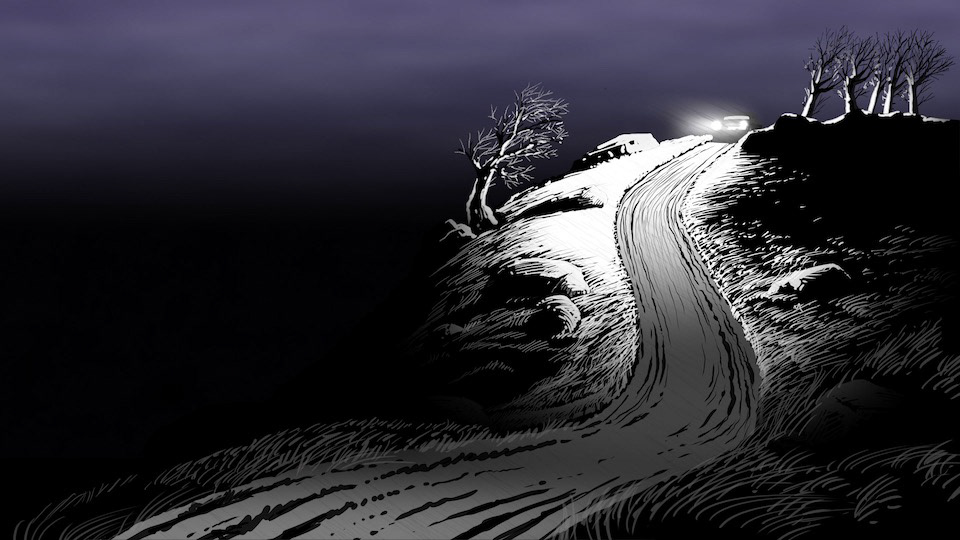 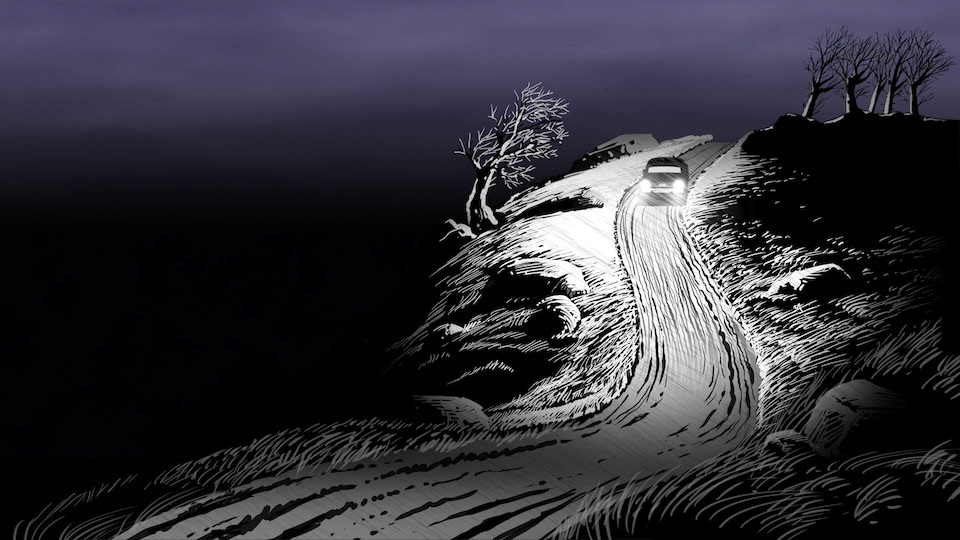 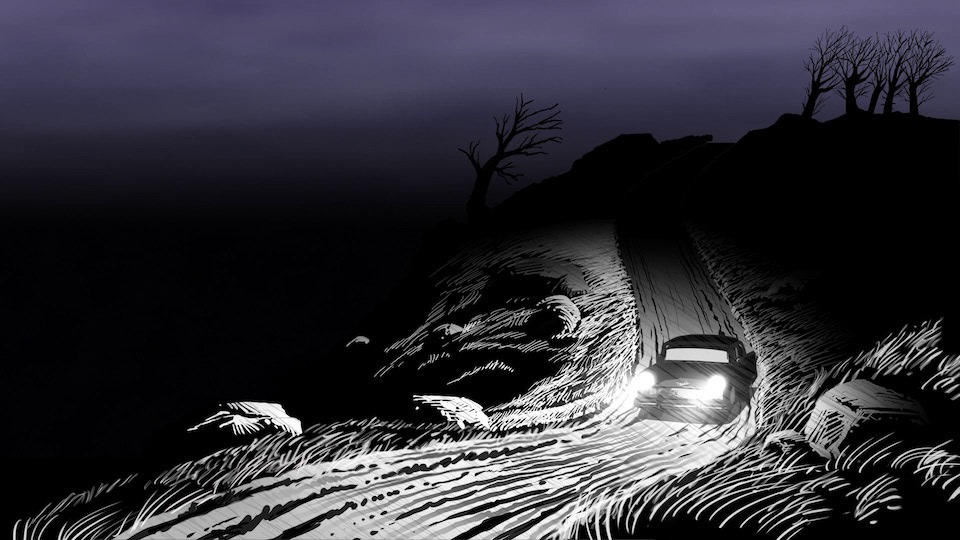 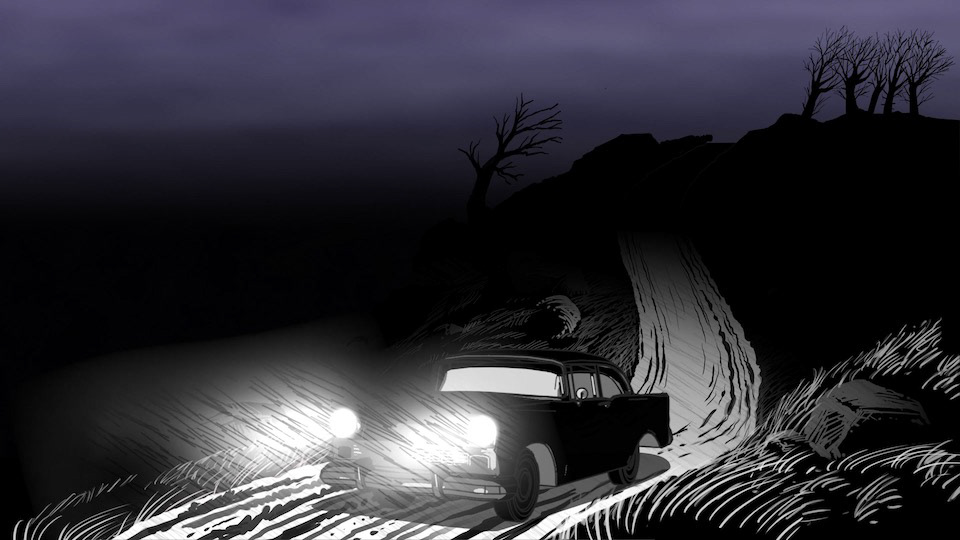 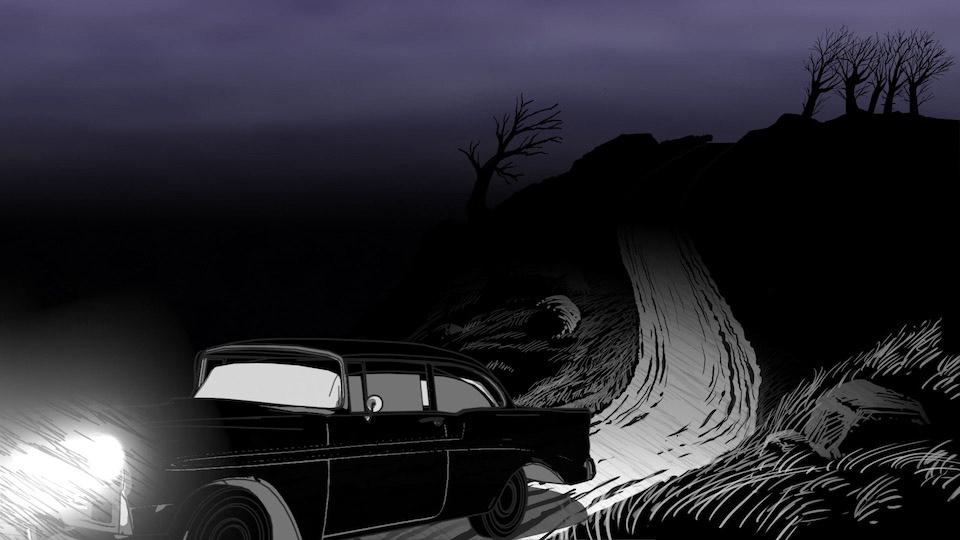 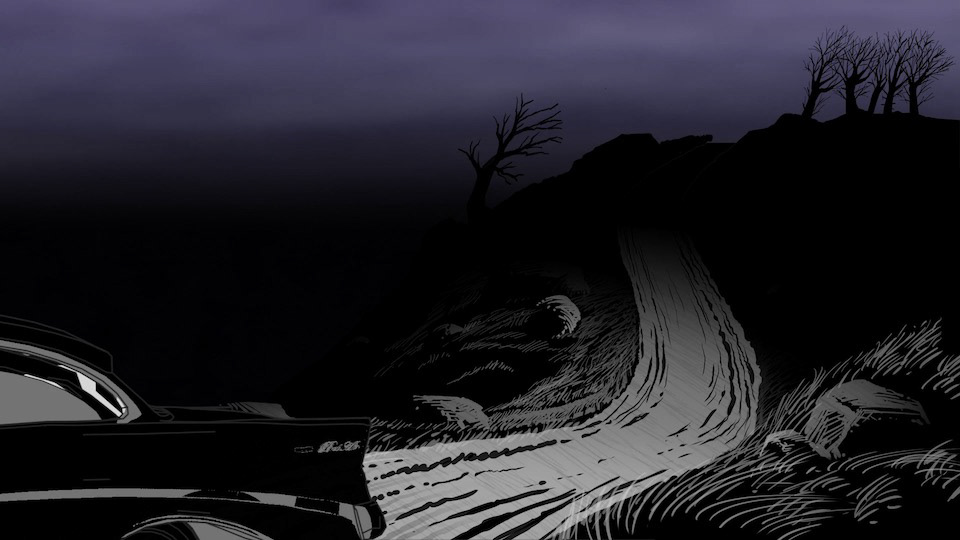 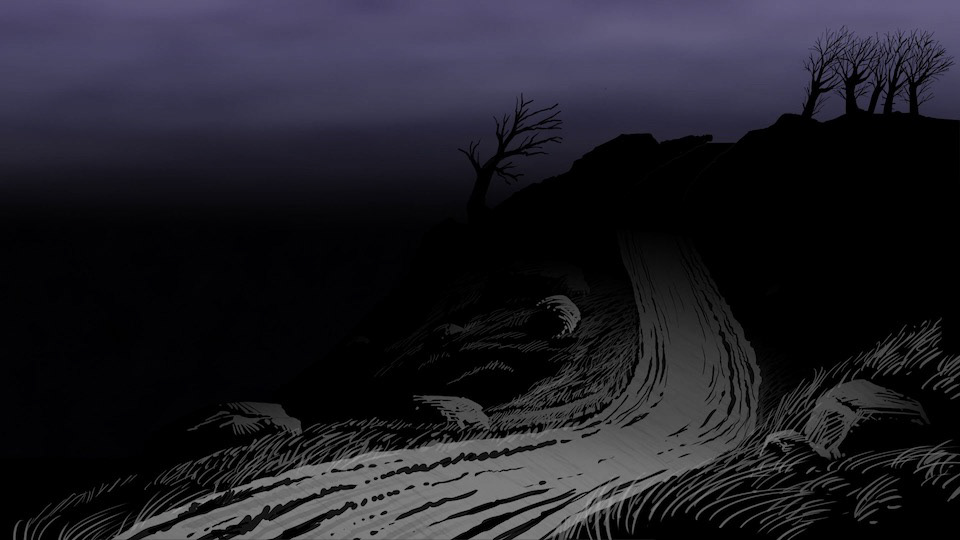 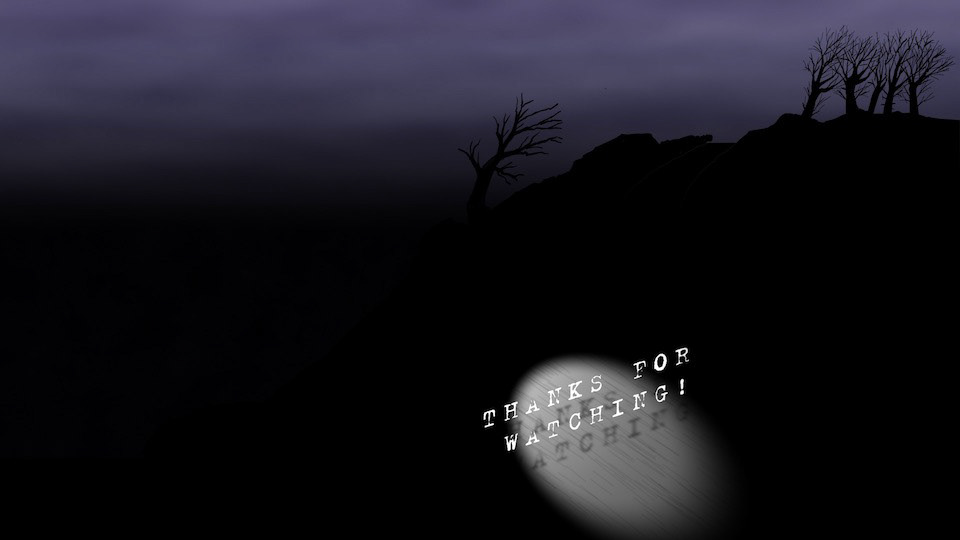 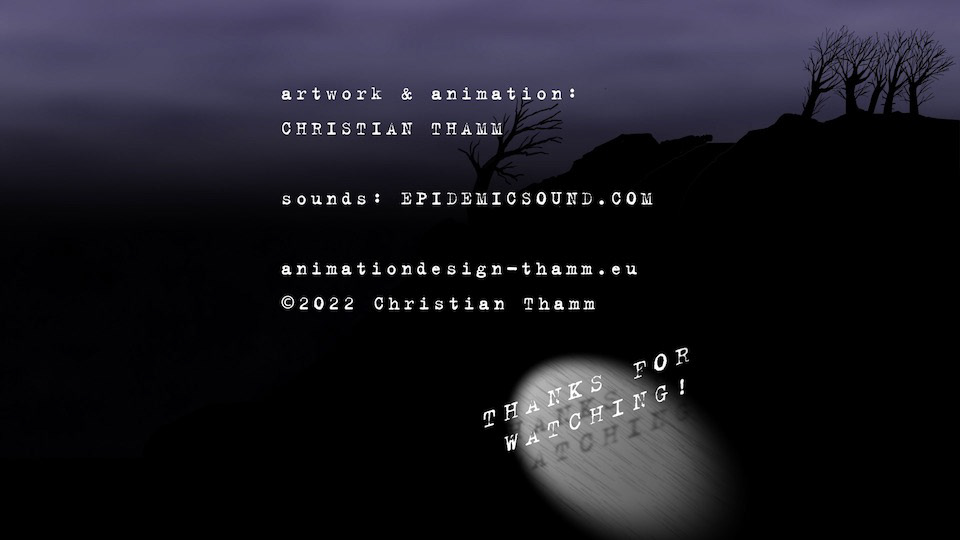 creation process
This is the inspiration image:

The landscape was drawn in PROCREATE and post-processed in PHOTOSHOP.

For the 50th-Chevie, I used a 3D model, animated it in CINEMA 4D, and rendered it with deliberately rough toon settings to match the harsh style of the scene.

Grass, lighting and rain was animated entirely in AFTER EFFECTS with various masks and effects.

Thanks for your interest!

From grapes to wine
animated quick info graphic
↑Back to Top